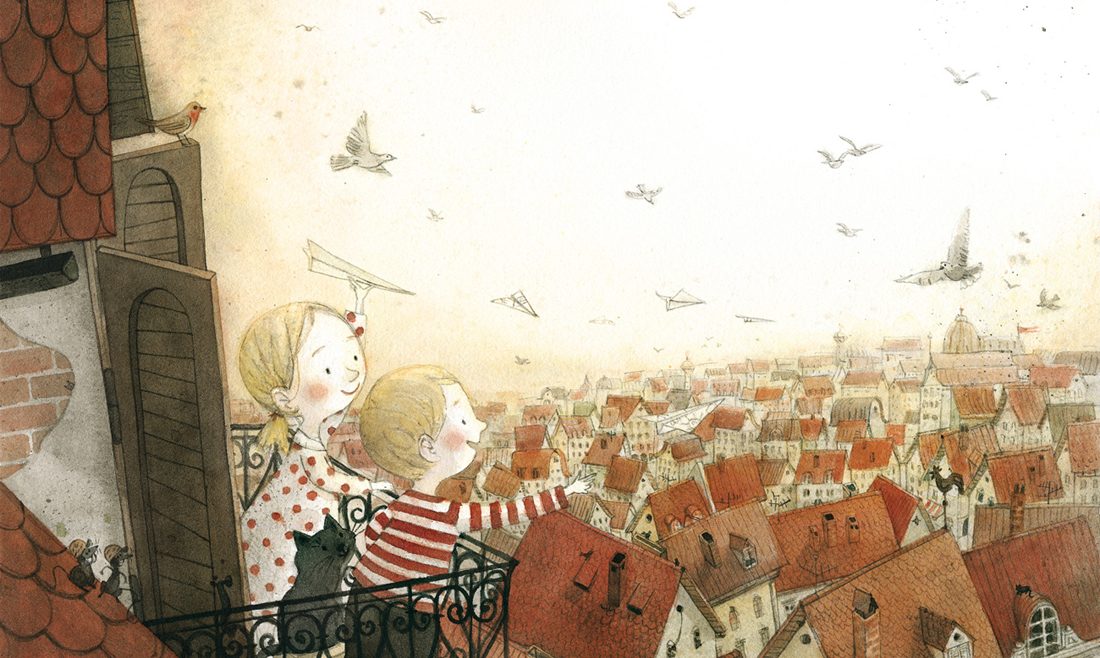 A Boy and a House. Debut of Maja Kastelic

The book A Boy and a House created and skillfully painted by Maja Kastelic allows nobody to stay indifferent. This book has no words: the plot expands only by means of illustrations, vivid, atmospheric and very touching. I feel great respect to the artists who choose conventional graphic tools, and not digital. Paper, paints, pencils do make the illustration tactile. 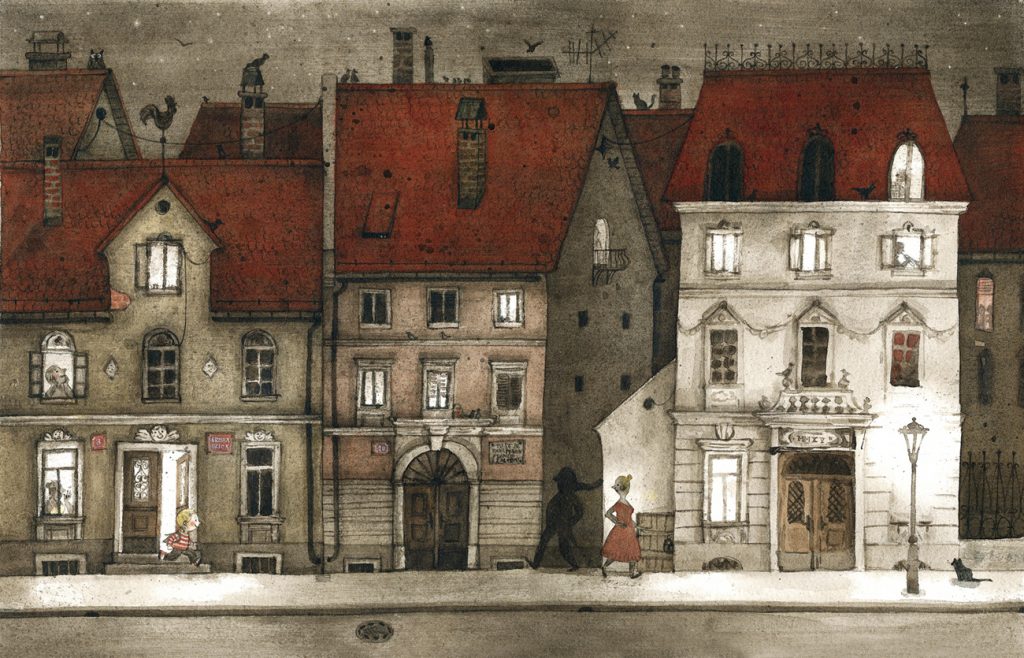 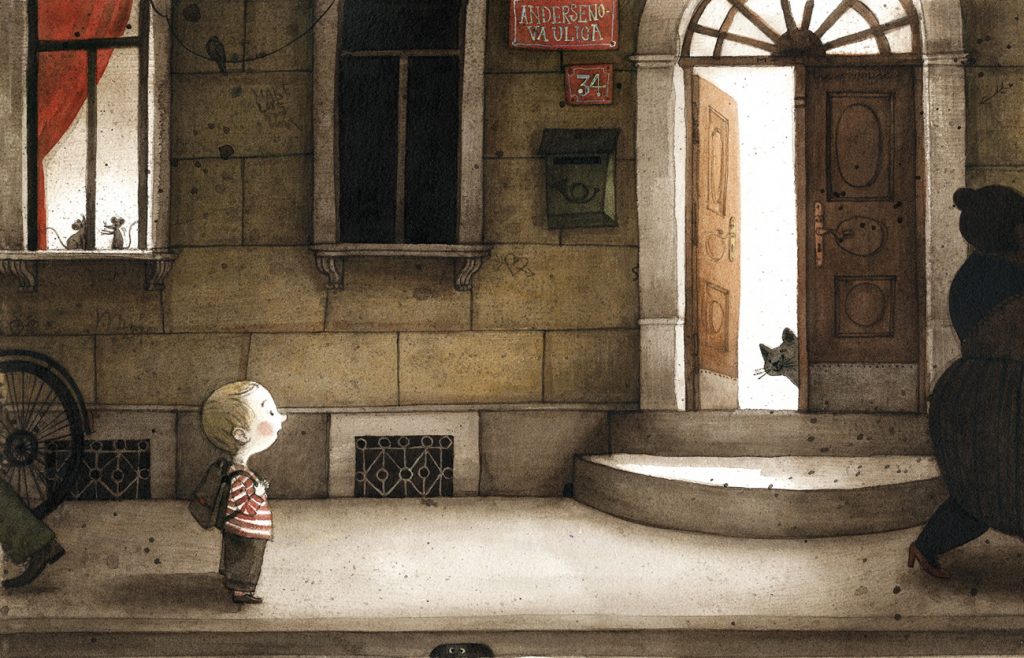 Cannot believe that A Boy and a House — a debut of Maja Kastelic who works as a fresco restorer.  It took two years to create this book. The content was changed several times getting new details. As a result there is a story about a boy who on the way to school sees a cat in opened house door. Following the cat the boy passes through the maze of rooms and ladders collecting scattered pictures and comes to the attic. There he finds a girl – the author of these pictures. They make paper planes out of them which they threw out of the window. This story is about courage before unknown, curiosity and search for a path to each other. 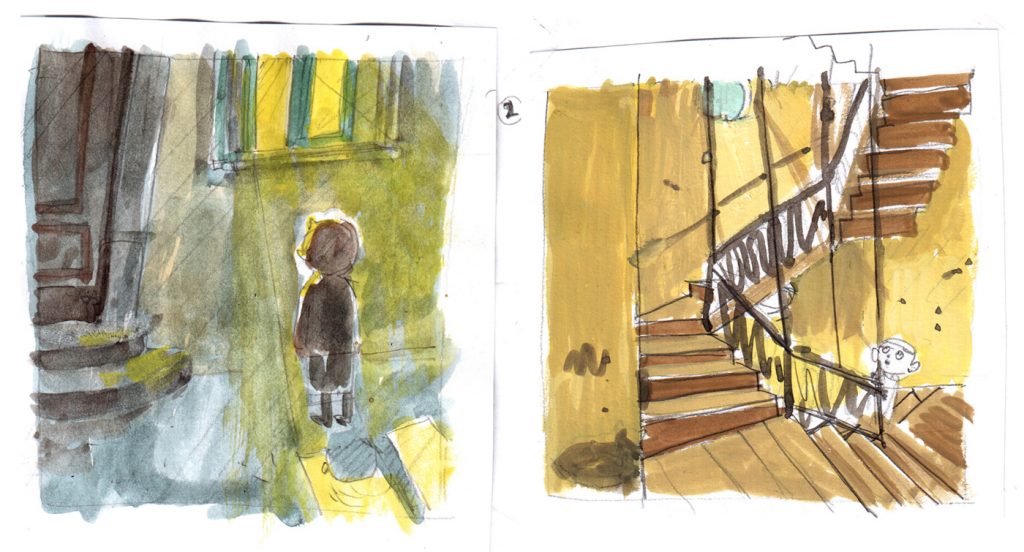 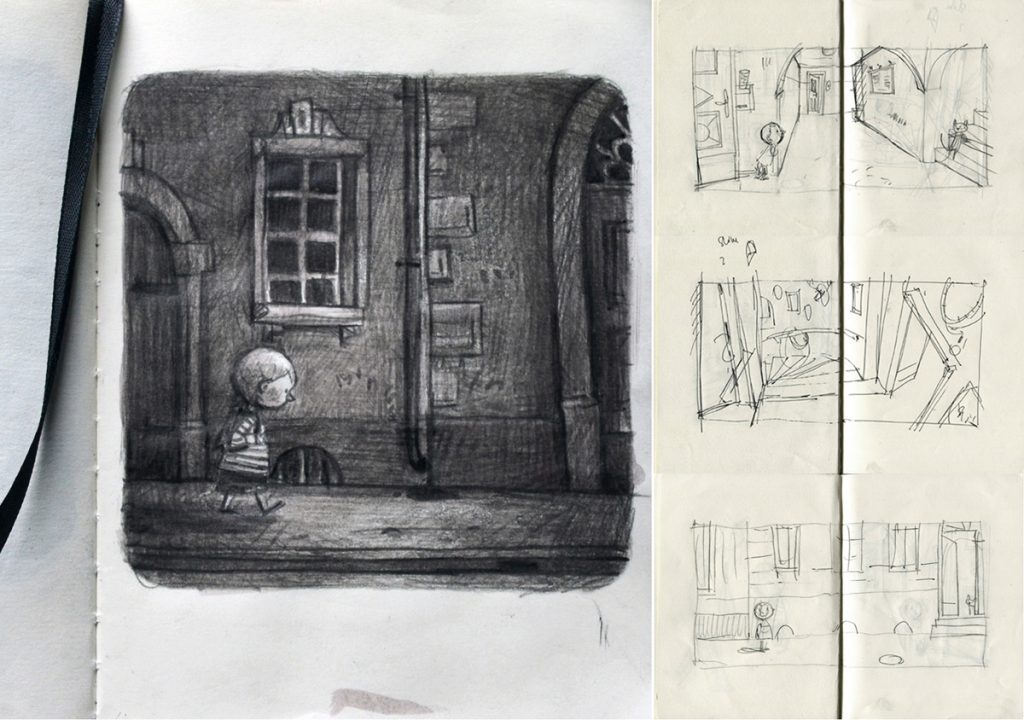 One of the most important details of the narrative and atmosphere was light and shadow creating tense and round spaces of the rooms. While collecting ideas for the book Maja made sketches of old houses and interiors, looked through the historical photos of the city. She was inspired by grandeur, elegance and dark mystery of these houses. 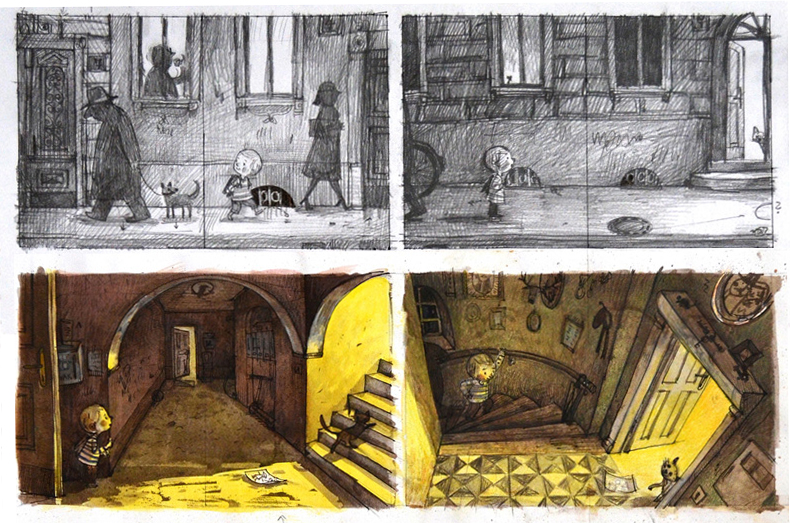 According to Maja the work on the tonal sketches was not complicated but she did not have a clue how the final illustrations would look like, therefore she decided to make several technical experiments using pencils, ink, gouache, acryl, watercolors and their combinations. But the result was not satisfactory. And this was the crucial moment which showed that there is no need to act rationally but listen to herself and understand, what is more, familiar for her. Due to the fact that Maja had been working as the restorer for a long time, she used to deal with various chemicals, pigments, and their mixtures. She decided to use this approach in illustrations. Maja created her own watercolor mixture from umber, Van Dyke brown and black ivory for tone application. And as well she found appropriate watercolor paper able to hold many touches and layers.

Creation of illustrations resembled photo development. The tone was used first on a very wet paper.  Then stage by stage the required fragments were darkened to create contrast. Adding of depth and forming of objects were very sculptural, at the same timelines, ornaments looked like a delicate embroidery. She used colors after tone application: iron oxide light red, burnt umber and raw sienna. 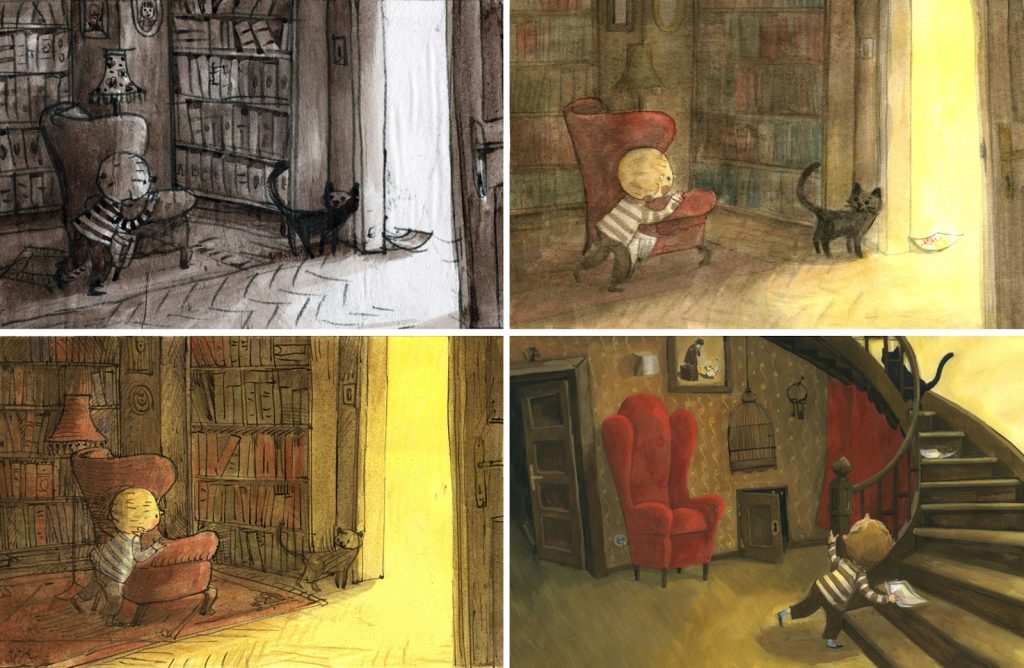 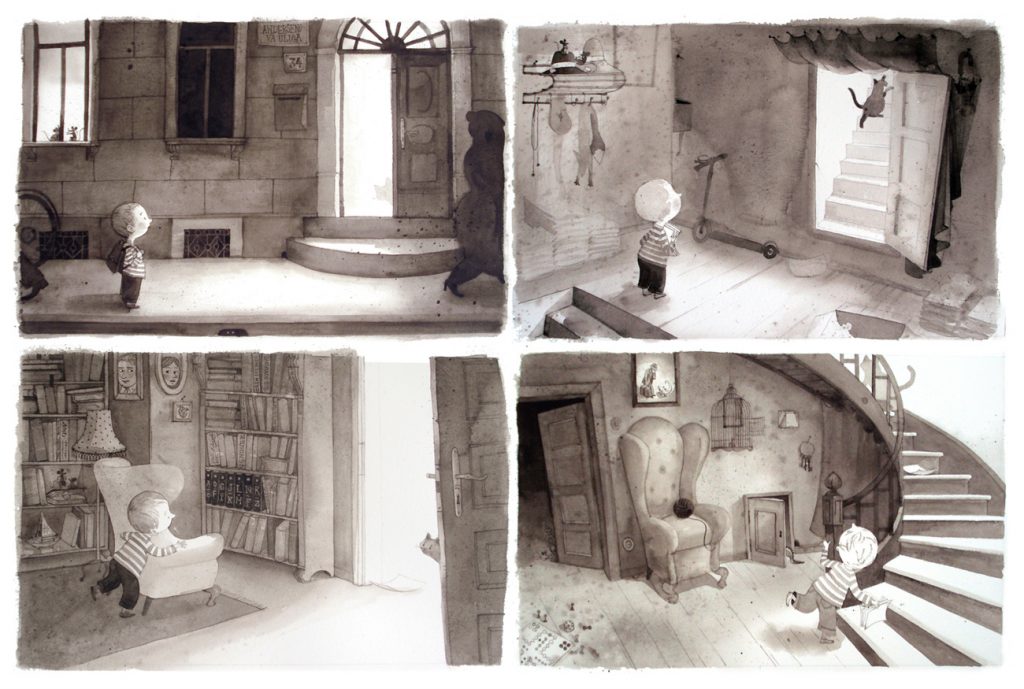 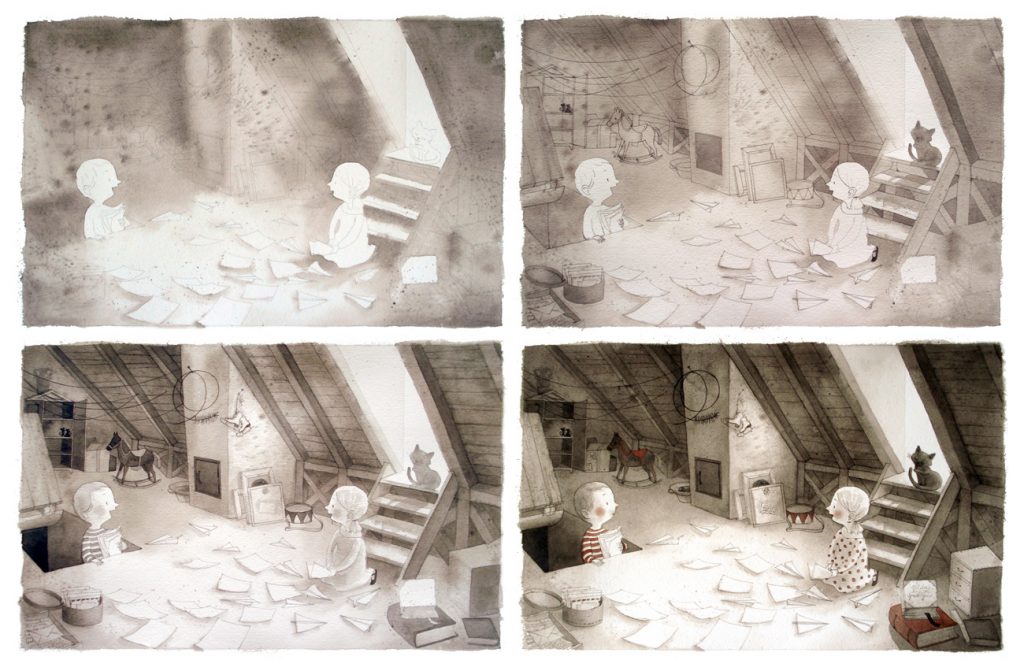 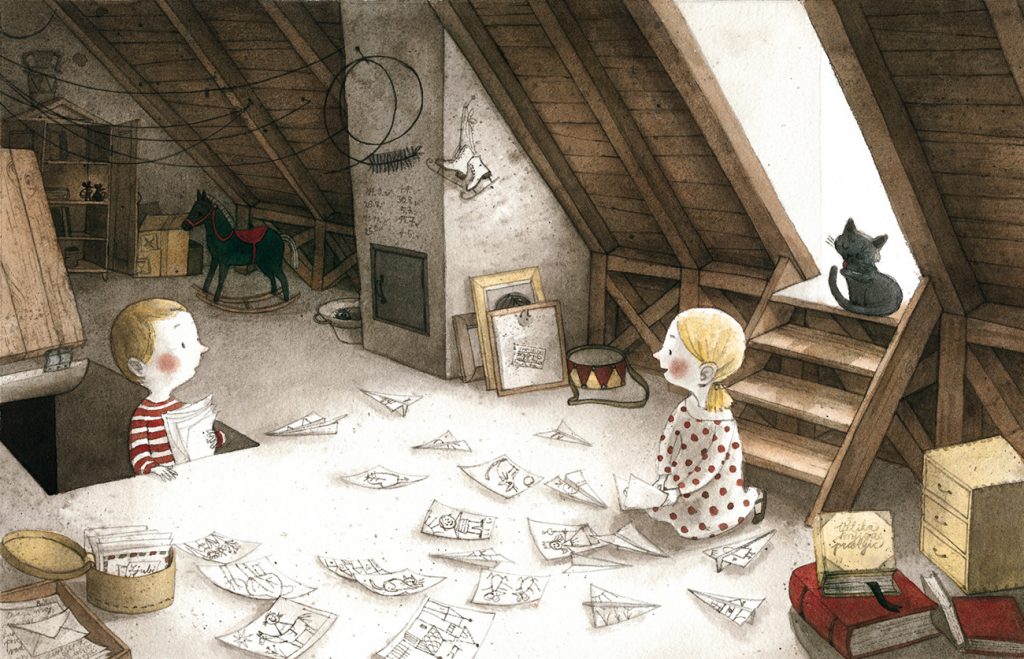 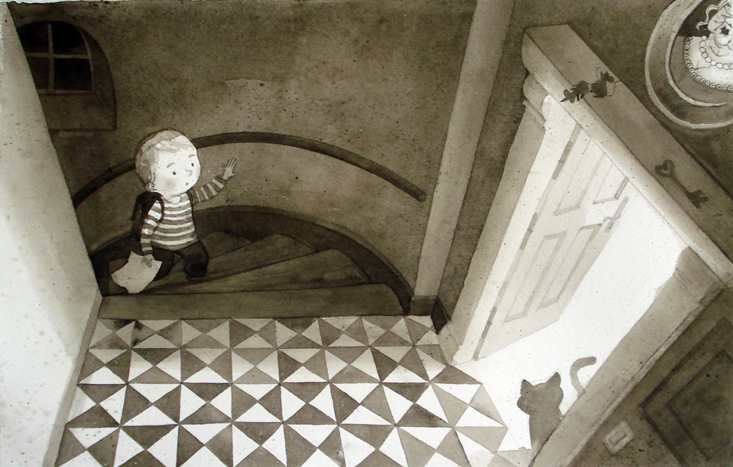 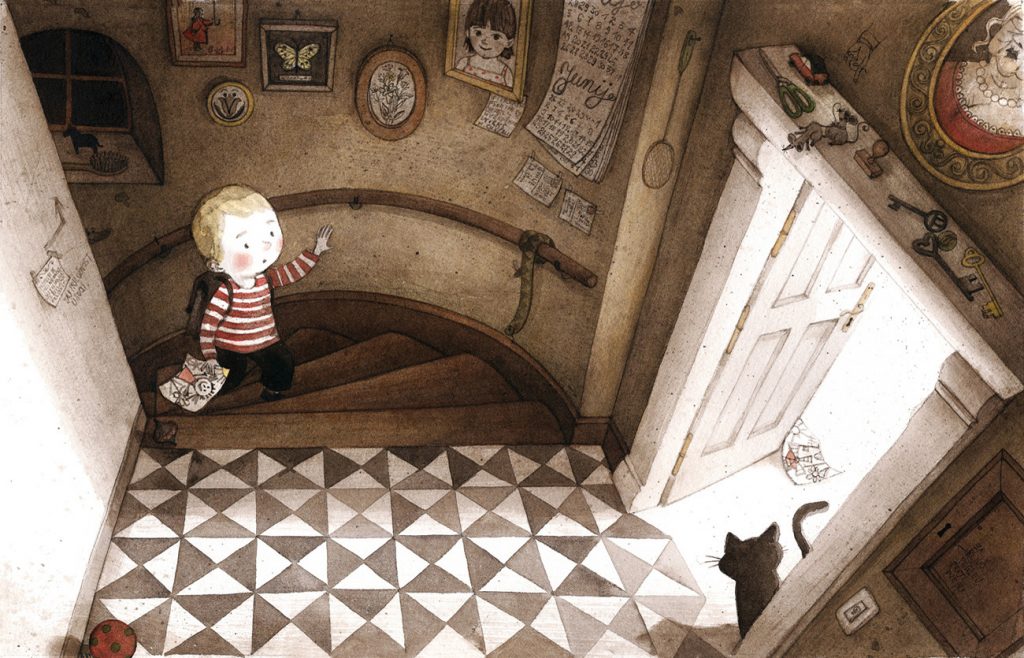 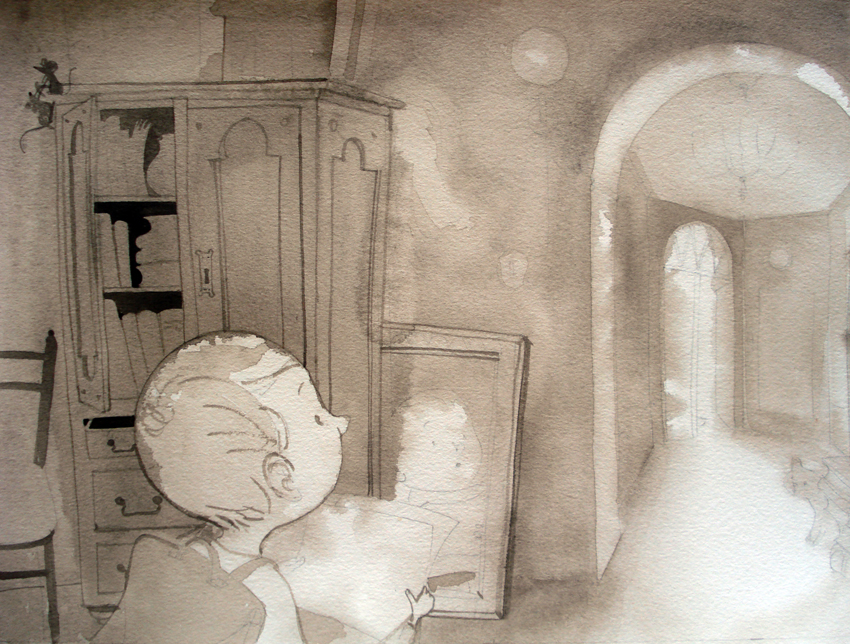 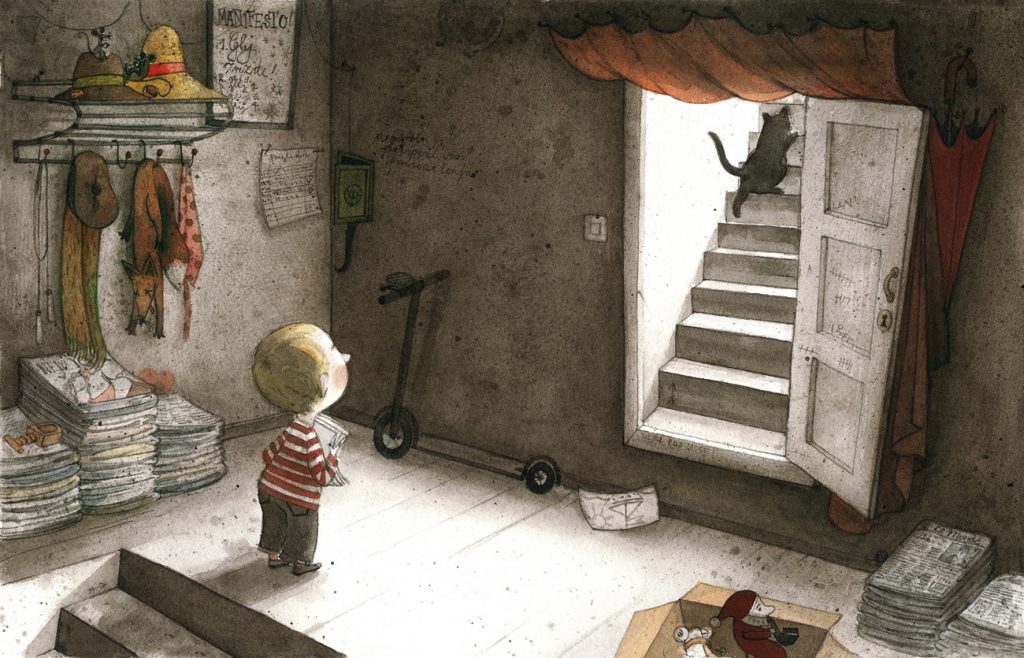 Book creation – a complicated task. This is the result not only of knowledge, but ability to listen to herself overcoming doubts and difficulties on the way.